The TCNR comprises a diversity of ecosystems. Accordingly, three major systems are present in TCNR:

The sandy beach covers nearly the whole length of the reserve coast. It includes sandstones and mobile sand dunes with scattered vegetation, which is unable to fix them. This system comprises a wide variety of flora and fauna species, considered as bio-indicators of sandy soil and desert environment.

The Raas el Ain springs are natural artesian freshwater springs; the wells sustain important populations of ferns and turtles. The fraction that is not used for domestic purposes flows out to the sea creating a unique freshwater-marine ecosystem. The presence of these freshwater resources creates distinct ecological features.

The high water table on the site creates fresh water ponds on the beach, which have a significant cover of reeds and are resting sites for several bird species.

Agricultural land is within section AG of the reserve, situated near Raas el Ain springs, the land is being utilized by local farmers as a source of livelihood.

TCNR includes 275 plant species distributed over 50 families. In addition, the reserve is home to seven regionally and nationally threatened species, 4 endemic and 10 rare species, whilst 59 species are restricted to the Eastern Mediterranean area. It is also worthy to indicate that, several bio-indicator species as well as 25 medicinal species were recognized (Tohme, G. in Jaradi, G. et al, 2004).

In fact, as many as five plants present in the reserve are believed to be endangered either locally or regionally, namely:

An example of the most sensitive plant species that may be affected by grazing goats and sheep is the twospiked beard grass Andropogon distachyus.

Efforts during 2003-2004 indicated that TCNR contains 13 mammal species distributed over 8 families (Tohme, H. in Jaradi, G. et al, 2004). Two of these species are flying mammals that are generally considered threatened at both the global and regional level.

The Meles meles canescens as well as the Acomys dimidiatu were recorded in TCNR and are considered to be globally threatened and nationally susceptible in Lebanon, respectively.

In addition, two pest species were identified in TCNR, the domestic rat (Rattus rattus) and mouse (Mus musculus), and are usually indicators of organic waste accumulation.

The bird study that was carried out at Tyre by the Lebanese National Council for Scientific Research (LNCSR) in 1999 on behalf of the Protected Areas Project produced a list of 204 species.

The LNCSR study has compiled a list of amphibians and reptiles found in TCNR. The list shows three different amphibian species and fifteen varied reptile species, from which three are known to be globally threatened. In fact, the Loggerhead Turtle Caretta caretta and the Green Turtle Chelonia mydas constitute one of the most important examples of the Tyre coast richness in biodiversity. These animals are classified as a priority rank for conservation. As for the Dermochelys coriacea, it has occasionally been recorded in the sea.

Minor herpetological work was conducted at TCNR prior to 1999. Moreover, it was noticed that in Tyre itself there has been a strong decrease in the numbers of the caspian terrapin Mauremys caspica, which was once a very common species. Two more species of amphibians, the green toad Bufo viridis and the tree frog Hyla savignyi, have also shown severe decline in the agricultural area of the reserve. In addition, two desert species, shreiber’s lizard Acanthodactylus schreiberi and ocellated skink Chalcides ocellatus were recorded in very located sites on the beach of Tyre inhabiting the sand of warm areas.

The group of freshwater and sub-freshwater invertebrates deserves special attention, especially at Raas Al Ain ponds that includes the wells that curve into the rocks and retain a natural character. Marshy areas are also of interest, they are created by some levees along the way which drains the running water from the wells to the sea. In fact, nothing was known about the aquatic fauna of this area (Dia, A. in Jaradi, G. et al, 2004).

The micro fauna is impoverished and include 6 species distributed over 6 genera. Four of them are gastropods; among them are the Physella acuta, which is pollution-resistant and is found in the lower part of the stream with 5 individuals and the Succinea elegans, which is found in the small marsh situated near the stream. The other two gastropods are the Melanopsis praemorsa buccinoida and Theodoxus jordani and were found at the outlet of the source. A community of Hirudinea dina lineata concolor was found to proliferate in this site. One insect Platycnemis dealbata of the group Odonata was captured at an adult stage whereas the larvae of Zygopterous odonata were collected from aquatic vegetation.

Two marine surveys were conducted at TCNR during October 2011 (MedPan) and September 2013 (IUCN – RAC/SPA – MOE) in order to produce lists that serves as indicators of biological richness and disseminate information on coastal and near-shallow water marine biodiversity for conservation purposes with focusing on priorities for reserve conservation area and management. The area surveyed was 17 km² situated in front of TCNR plus five major and two small islands.

The islands reef habitat shows the greatest diversity and relative species abundance. The result of the survey showed that the coastal area of TCNR is under significant pressure from overfishing.

However, the area presents a high probability to fish recover, since the juveniles of the vulnerable species are frequent. Also, the islands ground seems a spawning area of Epinephelus ssp.

In this sense, the low enforcement and fishing regulation can lead to higher density, biomass and size of fish target species inside a marine surface area (territorial waters) of about 113 km². 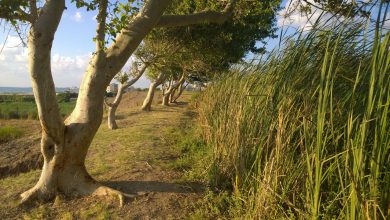 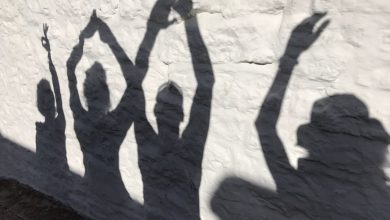