Available at the Jamal Area including gears and guide

Tyre snorkeling trail is conceived both as a new innovative eco-tourism product and as educational tools to raise awareness to the value and vulnerability of natural and cultural heritage. It offers to swimmers of all levels secured and accessible information about submerged historical secrets and marine biodiversity assets of Tyre waters while promoting eco-responsible attitudes.

As early as May, visitors may use the activity with provided equipment, orientation, and an informative snorkeling tour that last approximately 40 minutes in the water, passes by an ancient wave breaker, stone quarry and fallen columns with good possibility of watching a sea turtle along the way.

Trail visited upon reservation through:

Tyre Coast Nature Reserve (TCNR) in partnership with Tyr Municipality and ARESMAR, have decided to set up with the support of MedPan funds and experience, the first underwater snorkeling trail in Lebanon, within the city of Tyre, which is on the UNESCO World Heritage list, to protect and enhance the value of underwater remains and sea turtles through ecotourism activity and awareness targeting the local community including youth, restaurants and clients.

” An underwater trail results from a combination of three elements which, in synergy, give the concept a specific identity : exploration in water, using light equipment, a site, usually at sea, and an educational focus designed to bring about behavioral change.

An underwater trail is a concrete example of action taken for the sustainable development of a territory. Social, economic and environmental aspects can be taken into account, integrating land-sea continuity, which is important to understand and address issues on our coastlines.” (MedPan – Underwater Trail Handbook)

Following on two marine surveys 29 different fish species have been recognized and the majority of species are juvenile but threatened by overfishing. Regulations must be enforced to regenerate this ecosystem. In spring 2014, the municipality made the decision to conduct marine patrols to prevent illegal fishing and revive the marine life.

The sea turtle takes between 17 to 30 years to become an adult and lives about 100 years.

In Lebanon there are two species of sea turtles that lay their eggs on our sandy beaches:  Green and loggerhead sea turtles. They face many threats including tourism development, beach degradation, light pollution, fishing and irresponsible behavior of humans.

The loggerhead measures and weighs about 90cm and 135Kg. They have more than one pair of prefrontal scales and 5 lateral scales.

The green measures between 78 – 112 cm and weighs between 68 – 190 kg and possess a pair of prefrontal scales and 4 lateral scales.

The loggerhead is carnivorous and feeds on crustaceans, crabs, sea urchins, sea sponges and jellyfish, fish. Since 1990, being considered vulnerable, it has been listed on the IUCN Red List for Threatened Animals.

Feeding the turtle could change its natural behavior

Stressing the turtle can push it away

For the murex, everything starts from a legend …

« The legend tells that the discovery of the purple was attributed to the god Melqart Heracles. While he was walking on the beach with the nymph Tyros, his dog found a Murex and munched on it. Its jaws tinged purple color. The nymph admired the color and asked the God to offer her a cloth with such a beautiful color. In order to please his sweetheart, Melqart, ordered to collect the seashells and to prepare a tincture of this crimson color, and make a dyed tunic witch delight the heart of the nymph.

This is how the people of Tyr strated to make purple and market it. The city of Tyre buys the silk and then dyes it with purple before exporting it. It is used by the rich who could pay such wealth. »

Insert representing the scene of the legend with the 3 characters on the beach.

The Tyre underwater trail is visited upon reservation through: 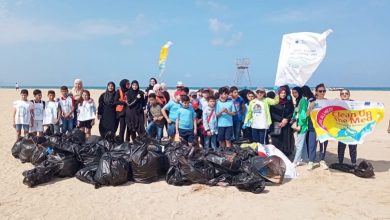 TCNR Clean Up The Med campaign 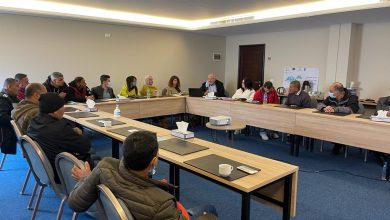 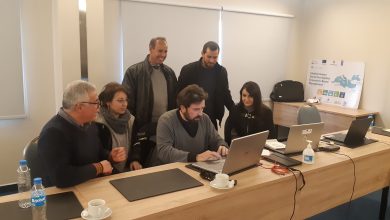